I don't know if anyone is still reading this blog, but here I are.

I've talked about horror gaming in the past. It's not my usual thing, but I'm way too fond of HPL stories and Warhammer (Fantasy & 40K) to not think about it as a playable genre. With Halloween approaching, it's also not so strange that horror is on my mind.

Lately, I've been re-reading my old copy of d20 Call of Cthulhu. It's really an excellent conversion IMO. The GM section on the Mythos and running a horror game is a must-read regardless of version or system you're using. 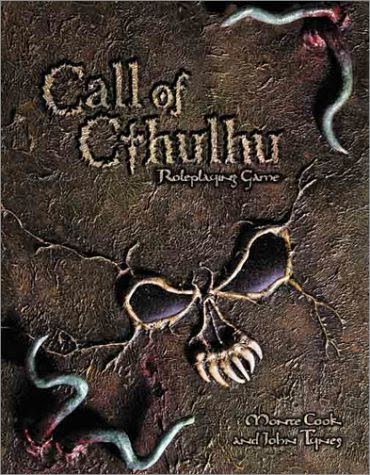 In any case, I'm not going to argue the plusses or minuses of the d20 version vs. the BRP rules. My point simply is that I've been thinking about running a CoC campaign. This is a bit of a departure for me, as I normally prefer horror in one-shot doses and I'm more often a player than a GM for things like Cthulhu. Short adventures make is easier to build and maintain suspense. Also not everyone is up for a longer term investment in spookiness.

All that said, I am going to pursue trying to piece together a framework for a campaign. It might not be sustainable indefinitely, but I'm after something that doesn't just come to a close after the first adventure.

CoC as a system wasn't a given for me. I took a good look at Goblinoid's Cryptworld. It's a nice, compact set of rules, but I'm just not up to speed on the Pacesetter action tables system. Perhaps if Mr. Snider will be so kind as to run a game or two at Garycon next spring, I'll get a chance to see it at work! 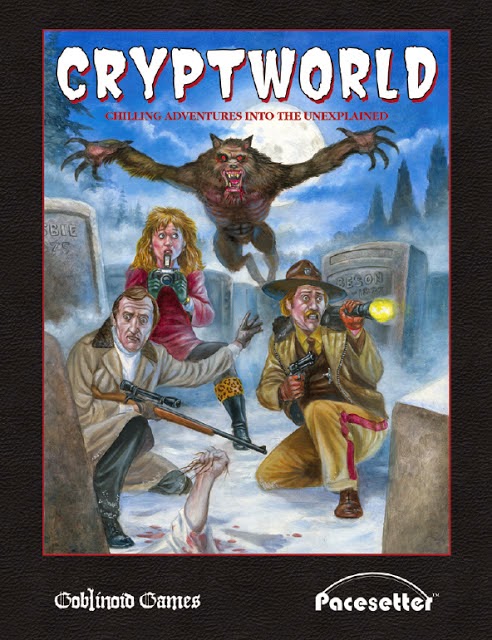 Anyhow, for me that left Cthulhu. I haven't actually decided about BRP (Chaosium's classic rules) vs. d20. I'd like to give the d20 version a spin, but I may get more player buy-in with BRP. We shall see.

Next up on the to-do list was location and time period. Cthulhu defaults to 1920's but that's not set in stone. I'm leaning toward that era to avoid some of the issues with technology short-circuiting (a-heh) certain challenges. Of course it also meshes nicely with the source material.

Next up on my to-do list is a general outline of events. I have cocktail napkin level ideas, but they need organizing.