So as long as we’re playing with a homebrew setting for DCC RPG, and I’ve already homebrewed some gods, let’s homebrew a patron!

For those unfamiliar with the system, patrons are supernatural entities (but not necessarily gods) that wizards can enter into pacts with in order to gain power. Some examples in the book include an ancient (possibly immortal) wizard, a pit fiend, an air elemental lord, and the 3 Fates (Maiden/Mother/Crone). Unlike a cleric’s deity, the patron bond is not worship, it’s more like a Faustian bargain. The wizard binds the entity’s power to him (to a degree) and in exchange the patron can demand things of the wizard. 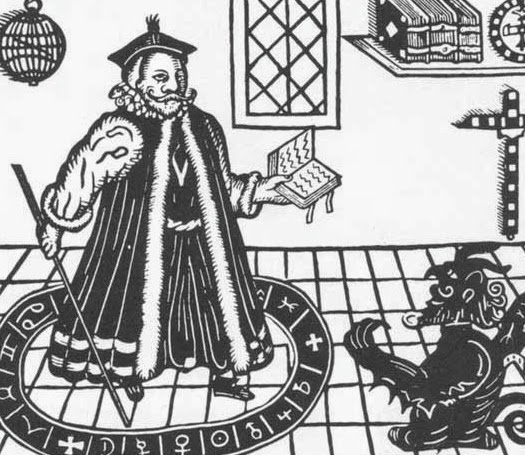 Yay! I made my Spell Check!

For today’s entry, let’s start with a Name and a Theme.

Is believed to be a from a distant world, and the last of a long-dead race that served mighty Cthulhu before the lands of Kelvernia rose from the primordial oceans. Whether “he” serves Cthulhu still –or indeed ever did– is a matter of debate. What is known is that he wields tremendous power, and occasionally takes an interest in the events and denizens of Kelvernia. His appearance is mutable, but he often manifests in visions or dreams as a cloud of eyes. Like the Old Ones, his motives are utterly alien and he seems benignly amoral, but shocking acts of cruelty have been known to have been carried out by his agents.

A wizard or elf seeking to gain Elbaphraxis as a patron must acquire some sort of interplanar substance or object that has felt his touch. He must meditate upon it for a week (patron bond spell) and then act on whatever vision he receives. Often the vision relates some item or piece of information Elbaphraxis desires that will prove the supplicant’s usefulness to him. 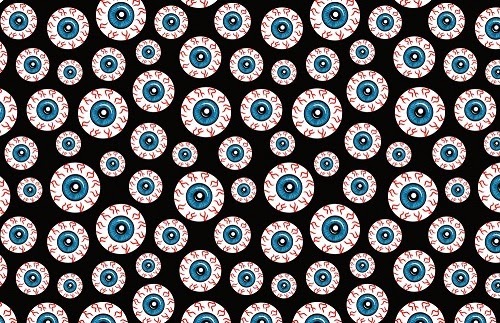