I was reading through the monsters sections of Moldvay & Cook a few days ago (Shocking, I know!) and was reminded of several references to "Lost World" areas and settings. Prehistoric mammals, dinosaurs, etc. Of course this is all presented in a fantasy world/"Appendix N" manner, not with an eye toward paleontology. It's all good, though. 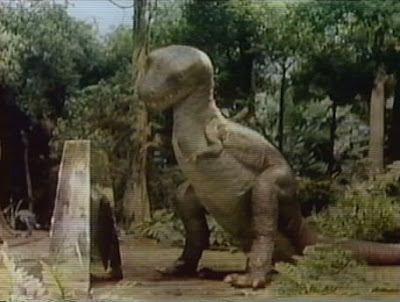 
So this got me thinking about these creatures and how they are often underused in many games. I've talked about some of these creatures before, but there are several more. So why not add to the series? 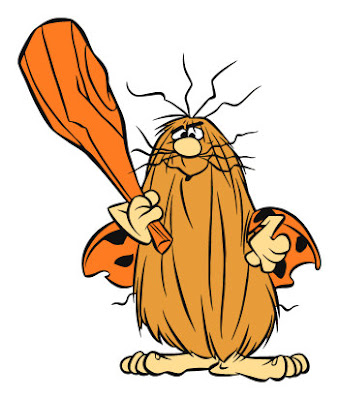 The neanderthal is a staple in time-travel and lost world stories. More advanced or "modern" characters meeting primitives. Before we get into it, true to RMA form, let's have the stats.

They are considered demi-humans (like elves and halflings, etc.) and not humanoids or "monsters." It seems that this ups the potential for role-play and communication between the PCs and the "Clan of the Cave Bear." They are lawful, have fairly low morale. They are described as living in "family groups", and "usually not hostile unless they are attacked."

Their hit dice and damage represents their "powerful muscles" (tougher than a normal human) but they aren't insanely strong. They use stone weapons and clubs. All pretty straightforward as a fictional caveman so far.


These leader types are ten feet tall and have 6HD. Considering normal Neanderthals are described with "squat" bodies, there is no mistaking one for the other.

Now standard ogres are eight to ten feet tall and 4+1 HD, so these are uber-ogres. Imagine some sort of split within ogredom that led to these two breeds being at constant war. The ogres' description says that the hatred is mutual between the groups. There is a lot of plot mining material there, IMO.
Posted by Bighara at 11:09 AM