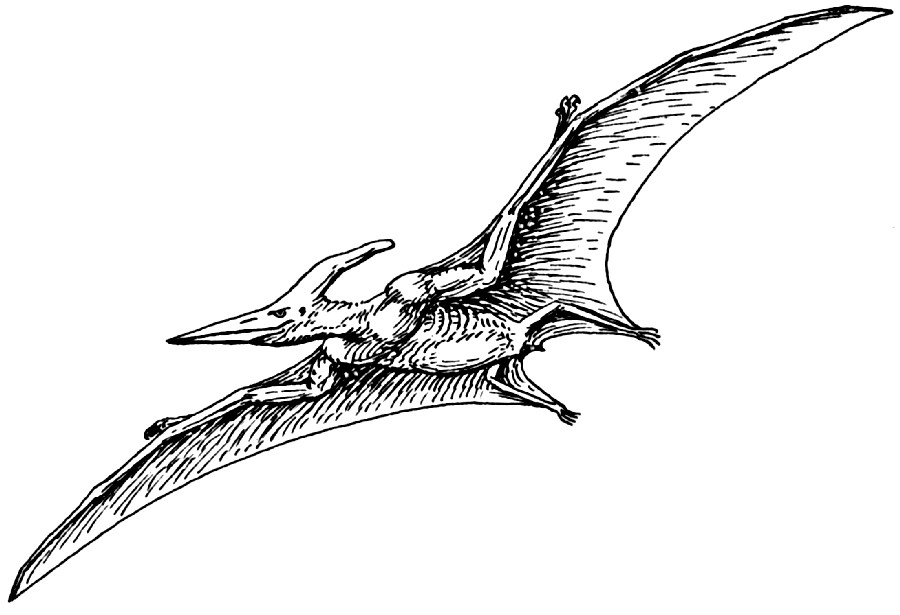 He enjoys his hobbies too!
(link utterly NSFK/W)

While not true dinosaurs, the pterosaurs are inextricably linked with the terrible lizards in people's consciousness. The distinction is even less an issue in a "Lost World" scenario where we are lumping species together that were actually separated by millions of years (and various continents).

In the real world, there were several species of these creatures, but for BX purposes they are split into two: The pterodactyl and the pteranodon. This is a nice, simple way to offer smaller and larger options for using the beasts in your game.

D&D took a page from classic prehistoric fantasy stories and doubled these creatures in size for the purposes of making the more fun.

It just doesn't get better than Harryhausen!


(Note: The Cook Expert rules contain a typo that doe not list the number or type of attack for these monsters, I took that stat from the Labyrinth Lord retro-clone)

The pterodactyl is the smaller of the two, with a wingspan of 8-10 feet (real ones it was more like 3 feet). They aren't big enough to haul away a character, but a half dozen of them harassing a party or their mounts could be an annoyance. Their low morale suggests they'd flee easily, but possibly return to harry a likely meal. Essentially treat them as prehistoric giant, non-vampiric bats and you'll be close. The way I might use them is to have them get defensive around their nests/roost and the resulting flapping and noise might attract a bigger threat (force a wandering monster check).

BX Pteranodons are much bigger (50' span) and described as more aggressive. Having one swoop in and grab a character is a classic move, though it would probably target the lighter/less armored ones for carrying purposes. They actually get a treasure type, so maybe shiny objects and former victims' equipment ends up in their nests? The most fun way to use them would be as flying mounts, of course. Perhaps a tribe of airborne neanderthals or some PCs with a charm monster spell? 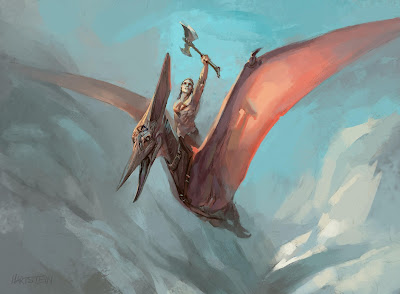