RMA: Of Cave Bears and Clans 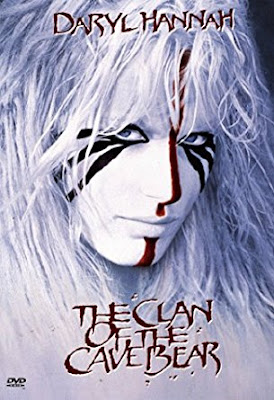 No, not really. Well... sort of. We'll get to that. First the actual bear. 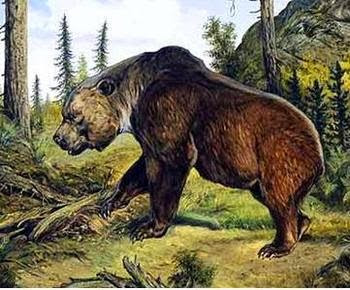 As with many of the "lost world" entries in BX/LL, the cave bear only vaguely matches up with reality. Ursus spelaeus was a predominantly vegetarian megafanua not much bigger than the larger bears of today. But that's not important right now, we're talking fantastic monsters here!

In BX, the cave bear is "...a type of giant grizzly bear which lives in caves and 'lost world' areas. It stands about 15' tall and is the most ferocious of all the bears." It's described as having a fondness for human flesh. I assume that extends to demi-humans as well.

This blog has talked about bears before, and most of the ideas still apply. A BX cave bear is bigger, with more HD and dealing more damage, but other than that it's mostly more of the same.

In a lost world setting, cave bears would probably be both predator and prey. Old T-Rex wouldn't turn his snout up and some bear meat, and neanderthals could certainly use the food and furs. This leads to my earlier comment about the Darryl Hannah movie. More accurately the book it was based upon.

Before Jean Auel's novels shifted gears into pelt-ripping romances, the first couple books were actually pretty carefully crafted to describe Neanderthal life and culture as understood by modern paleontologists. The main character, Ayla, was a stranger; a Cro-Magnon (homo sapiens) among the older race of hominids. The idea being that the two races did exist simultaneously for a period of time.

All that aside, the relevant part is also drawn from history. The idea of the cave bear having religious significance to the neanderthals.

Is there a cave?!

This is the most interesting part of the creature to me. The idea that tribes of cavemen might ritually hunt the bears, or hold them sacred. How would they react to PCs killing one in a random encounter? What's more, to reach into another creature's description, Stone Giants are known to keep cave bears as guard animals. What would the cavemen make of the giant and his pets? What about the neanderthals' chiefs and their foes the ogres? The opportunities to flesh out these dynamics within a "Lost Land" micro-setting are considerable.
Posted by Bighara at 5:27 PM