In my experience, Ventriloquism seems to be one of the more unusual spell picks (unless you're playing in a game with illusionists). Since it's first level, low level mages with few spell slots are generally more worried about spells that will keep them alive than tricky spells. After the higher levels are reached, there are so many other options that the first level spells tend to get lost in the shuffle. I think this is a shame because "tricky" spell use is one of the more interesting aspects of the game. Seeing a spell used in a way that most people haven't considered is often a high point of the session. 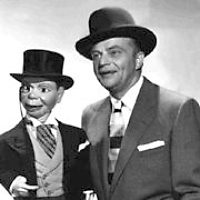 Like getting free drinks and tips at the tavern.

Ventriloquism certainly fits the into "tricky" category. It's the first illusion-ish spell a wizard can get, it does no damage, and its utility is almost entirely based on the creativity of the caster.


"This spell allows the caster to make the sound of his or her own voice come from someplace else, such as a statue, animal, and so forth."

So, a couple of things I noticed right off. The range is nice. You can easily send it down the corridor or across a room. The second thing is the duration. If you're clever, you can string some stupid guard along thinking he's eavesdropping on some mouthy PC for twenty minutes!


Another fun factoid: Ventriloquism has no saving throw or "disbelieve" check. This means that the "target" always hears the voice. Now, if they are looking at the wizard locked in a cell when they hear him around the corner, they might be skeptical, but they do hear him.
Posted by Bighara at 9:59 AM